Leadership Development - is it fit for purpose 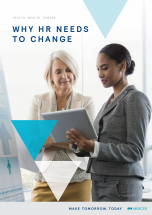 Why HR Needs to Change

In Mercer’s recent Global Talent Trends Study, only four percent of HR leaders reported that HR is seen as a strategic partner in their organization. Furthermore, over 80 percent indicated that their talent processes need an overhaul. How did the gulf between what HR intends to be — a strategic partner — and how HR is perceived — an undervalued resource — get so big?

There are several talent trends driving the question around HR’s value. The prevailing HR operating model, and how organizations have implemented it, also brings challenges. This paper examines these issues and provides Mercer’s view on what HR can do to redefine its value in today’s evolving talent economy. 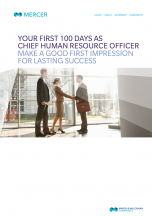 Your first 100 days as the new Chief Human Resource Officer (CHRO) provides a window of opportunity to build a solid foundation for long-term success. It’s a time to gain the confidence of the CEO, the executive team and those in the HR function, and to secure an in-depth understanding of your new environment. This is a unique opportunity…one you will never have the chance to do over. How can you make the most of it? This paper by Mercer looks at the areas you should focus and the aims you should strive to achieve. 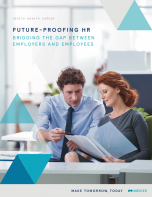 Future-Proofing HR: Bridging the gap between employers and employees

The 2016 Mercer Global Talent Trends Study examines how the changing landscape impacts today’s workforce, and how organizations are responding. Mercer asked employers and employees what really matters in the workplace, what skills are in demand, and how they are building their capabilities - individually and organizationally – to take on future challenges.

Having a diverse representation of talent in the organisation isn’t the goal. Instead, when diverse talent feels included, valued and a core part of the team without having to become like the ‘norm’, then organisations see substantive gains in creativity, engagement and productivity. But how can we create an inclusive culture that supports diversity and productivity?

Leadership Development - is it fit for purpose

Following the publication of our report Coaching – Business Essential or Management Fad?, our inaugural webinar examined the current state of the coaching market and addressed how organisations could be more thoughtful in their approach and evaluation of executive coaching.

An error occurred trying to play the stream. Please reload the page and try again.

Karen is a CRF Associate. She has worked extensively across all sectors on the issue of organisation effectiveness, particularly developing sustainable strategic capability. She has also published books on the global aspects of effectiveness – ‘Leading International Teams’ & ‘Globalisation: The internal dynamic’.

Karen is an accredited Power & Systems facilitator and finds this approach to be transformational particularly for leaders in mature organisations, freeing their energy for change and creating healthy and human workplaces. She is an effective keynote speaker as she brings practical depth and breadth to her contributions.

Ben is part of the Talent, Leadership and Organisational Development Centre of Excellence at GSK and is responsible for the development of leaders across GSK.

Specifically, Ben looks after the development of the first and second line leaders at GSK, a population that is around 30,000 in size operating in multiple countries, cultures and languages. This development is undertaken using a blended approach that draws heavily on the 70/20/10 methodology.

In addition to the development of leaders at GSK, Ben also looks after the Assessment for Development work undertaken at GSK and is driving the work being done to increase levels of on-the-job learning. He has also developed the GSK Expectations, a set of standards for leaders and employees to be developed, measured and rewarded against.

David has been with BT for six years and has worked in a variety of leadership and talent roles. He is currently Group Head of Leadership Development with responsibility for the end to end development strategy, approach and solutions for all leaders in the business.

Prior to BT David was Deputy Director of Organisational Development at the Department of Work and Pensions. Earlier in his career David was a management consultant with PwC, PA and other smaller consulting firms.

David holds a MSc from Cornell University and a BSc from Reading University. He is an active fellow of the Royal Society of Arts Manufacturing and Commerce where he served on the Trustee Board from 2006-2009 and on the Fellowship Council from 2009-2011.

Eve joined Ashridge Business School from Deloitte in 2002. Now an Ashridge Associate, Eve has taught across the Ashridge portfolio of open and tailored programmes and in the public, private and voluntary sectors.

Eve’s focus is on leadership, learning, emotional intelligence and ethics. She was the architect of the Ashridge Leadership Experience and continues her research into accelerated learning, most recently through the lens of recent developments in neurobiology.

Gillian has worked as a senior HR practitioner and OD specialist for several organisations including Swiss Re, Vodafone and BAA. Prior to her HR career, she was a management consultant with Deloitte Consulting and is also a qualified solicitor.